What was i doing in Japan actually ?

I had a work meeting on friday and decided to stay for the weekend for some drifting fun. Ebisu is considered the mecca for all drifters. Its where the top and best drivers all over the world go for their training and emerge as top gladiators to take on the rest of the world in drifting competitions.

Watch this and you will get whats the drift excitement is like.

Alas, i was not one of them. No talent, no skills and no heart and no guts……… all i want to do is to destress and have some fun !

Andrew and Emily runs Power Vehicles. The only place there that sells you a car for your drifting adventure. Hack, if you feel like it, you can even get Team Orange to teach you some tricks. Ahhh… I got the famous Nissan Skyline R32 with a GTRS turbo. Lets Kick Ass ! My own….that is.

Its basically a help yourself situation after that. Power Vehicles can get so busy and if you don’t want to wait…do it yourself. Broke a tie rod ? Change it yourself (???!!!! How ??!!!) or pay them to do it. All i can do was to change my own tyres. I have not had such a strenuous “gym” workout in a very long time ! My back hurts, my butt hurts…….damn…..

Cars are getting rare these days as Emily was telling us. Gone were the days when they can move cars every month. As more and more cars get older and gets destroyed by us drifters raging against the wall, there are fewer around. Parts are hard to find too ! So guys, take care of the cars when there !

WIth 5 courses for drifting, its indeed heaven !! Especially the Touge Course which mimics drifting on mountain roads and added a sense of danger !.

Look at what Smith did !! 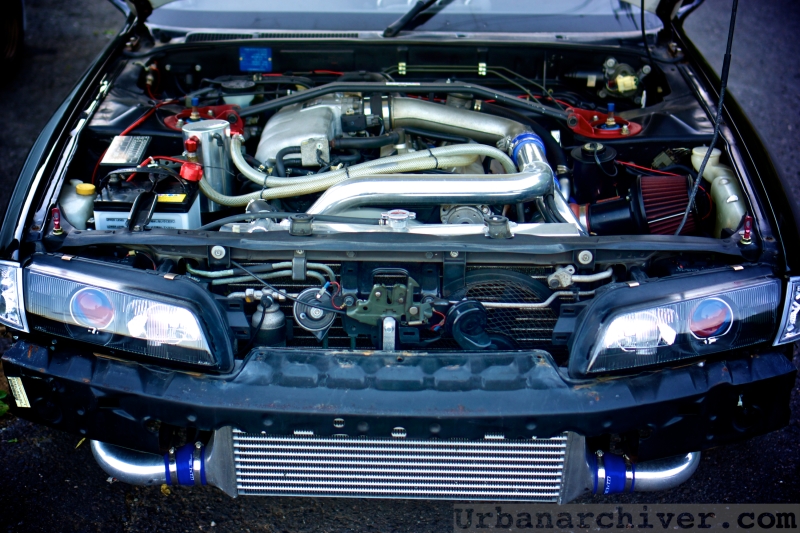 The car’s setup is not exactly right, i am running like camber of 4 degrees at the rear which is not necessary for drifting and creates uneven tyre wear. And the lag….power comes in rather late after stepping on the accelerator, no idea why. The car’s slammed look is probably good for street and stancing around……..but am loving it none the less. The revs and the wails of the RB20 engine tearing up the track……… I never had a car like this and it looks really bad ass !!

Benjamin and Nian actually told me that my entry is wrong, i was too slow and i started too late. Grrr….how to be faster when there is a phobia of hitting the wall at Ebisu School Course !!!

So i went into the wall a couple of times. What amazes me was how helpful the japanese people were !!! If i went into the wall back home in asia, people will probably give me weird looks for wasting their track time. But not the japanese people…they actually ran, yes, you read it right, they ran to where i was to see if i was ok and help me get the car out of the ditch….all of them.

I would have felt pretty embarrassed for crashing but they make me feel alright !! Way too cool !!!!

Haha…alright, i know many of you probably do not know what i am talking about…… the lag, camber etc…… do let me indulge a little in my favorite sport. 🙂 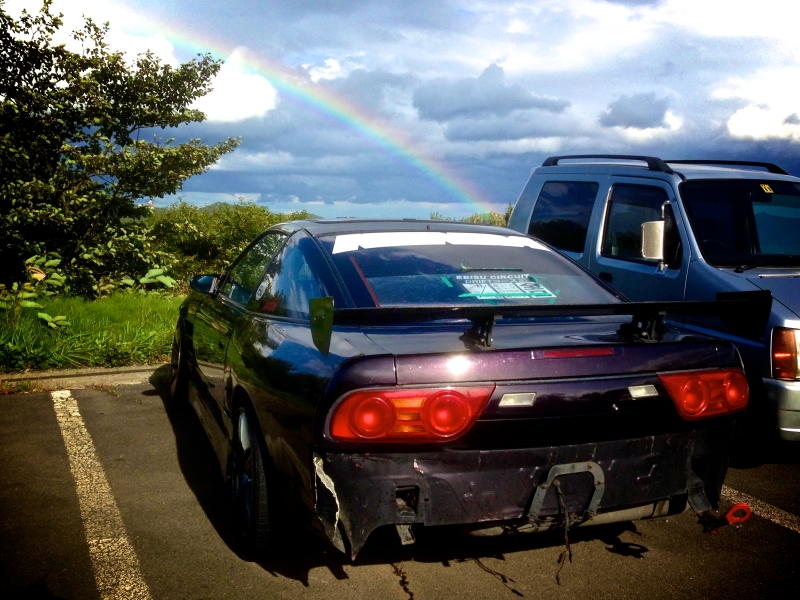